The Tyson Residence to The Presentation Convent Hay:

The 22nd of February, 1883, heralded the beginning of a new era for the town of Hay. A most Fortuitous day, it saw the arrival of the first of the Sisters of the Presentation Order, who, at the invitation of the parish priest Father Richard Kiely, came to open a convent and school in the town.  Within days of the first school was opened, with an enrolment of over sixty children. The Sisters were first accommodated in the recently built Presbytery in Moppett Street, while Father Kiely moved to quarters in Orson Street until the Convent could be built. 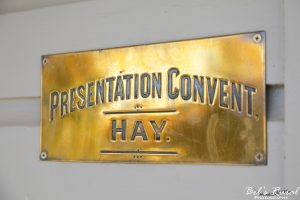 tenders were called for the first convent and school in September 1883. The foundation stone was laid on the 23rd December 1883 and it was blessed and opened on 28th September 1884.  A splendid new convent high school was erected in 1892 in Moppett Street directly opposite the Presbytery. It was built of Timber and included a school Hall and Three class rooms. The High school was known as the Sacred Heart High School, while the Primary School was named St Mary’s.

On 21st August 1887, the Hay Convent became an independent community, a mother house in its own right. This took place following a large increase in the numbers of Sisters and meant The Hay Convent separated on its own. By 1920 the convent had become inadequate for the Sisters, so “Waroowarung “the home of William Tyson on the Corner of Pine and Orson streets was purchased to be the new convent. Once the nuns moved into their new home, portion of the old convent was pulled down and the remainder was used for classrooms for the school.

“Waroowarung “has been built in 1900 for Mrs Susan Tyson. The block of land measured 198 feet by 165 feet, the weatherboard building consisted of eleven rooms plus a wide hall and roomy passages. A special feature was the French tiled roof. The Tiles were of Marseilles manufacture and a distinct novelty in Hay. Stained figured cathedral glass adorned the ornamental front door. Embossed zinc and steel panelling formed a decorative finish to dadoes and ceilings. Marble mantelpieces graced three of the rooms. Mrs Tyson died in 1914, the home then passing to he son William 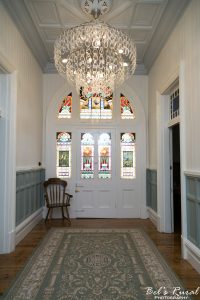 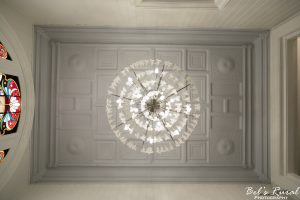 In 1993 the remaining three sisters were withdrawn from Hay. After a period of 110 years of exemplary devotion and service to the Hay community, the sisters of the Presentation Order were accorded a sad and fond farewell on November 20th of that year. A grand reunion of residents of Hay and former pupils of the convent schools gathered in the convent grounds. Special guests were a group of twenty five Presentation nuns who had been associated with Hay over the years.

More Information and history are available to read/view at The Convent Hay. You can also read more about the Golden Jubilee, Tyson’s Residence and about the land before it was built on by the Tyson Family. 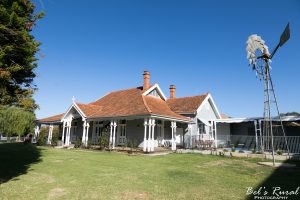